As many of you know, I’m getting married in July to the love of my life, Dr. (!) Anna Wan. 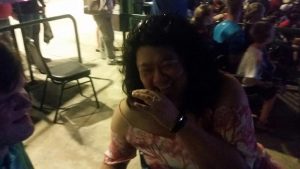 We’ve been dating for I suppose long enough now and will be living our life together in the Hub City, of which, if you’ve landed on this web page from some random Google search, you might think to be New York or New Orleans or New England or some other very non-new city. In fact, the Hub City is right here in our neck of the woods — Hattiesburg, Mississippi!

Another big change has been in my career. In the summer of 2016, I was getting along with pursuing a PhD degree in Spanish literature in the great state of Alabama… where there are lots of BBQ…

While I learned a lot there and became a better Spanish teacher and reader, I decided to leave the program early and pursue a job I was offered at Mad Genius in Ridgeland, Miss., as a web developer. It was something quite new for me, but I have fallen in love with coding and am thrilled to have been given this opportunity. My brother also works there and has been teaching me his Jedi ways.

So, from here on out I’ll be posting more informal chatter than I have before (trying to get away from Facebook as much as possible anyway). The switch to coding/programming has been a two-year transition, and there have been a lot of tidbits I’ve been thinking would be fun to blog about. I’m sure I won’t update as often as I want to in this moment, as I sit here writing at 11:10pm on a Thursday, all psyched up about blogzz. But hopefully, I can keep it in a consistently barely revived state. I’ll try tagging or categorizing my boring coding posts so that you’re forewarned if that’s not your thing.